So we are back, a week ago actually. And guess what? Hubby did ALL the laundry while we were away so now I can do none and get away with it for probably another 2 weeks! Woohoo!

Both kids learned to ride a bike. First big brother (9), who said “its time, take my support wheels off” and later the same day went on a 3km bike ride, then the day after, zebra kid who simply couldnt stand that her big brother knew how and demanded her support wheels came off too and later that evening did it, all on her own!

This obviously is very late for a 7 and 9 year old, but for kids who were in Dubai until very recently its pretty darned good. We never rode bikes around our sandy roads in Al Waarqa….. We did however let the kids ride bikes in the majlis (formal living room), haha.

Then lungs, the stay was shorter then I expected, but they want us back in 2 months. Her eosinophil count was higher then they expected and the new meds had to be started at a higher dose then previously planned, so we have two months for the meds to do their thing, then back again for a bronchoscopy (her third). The steroid dosage she is on now will unfortunately affect her bones, so we just have to hope her bone pain doesn’t get worse again. Bone pain wise she’s been great for about 4 weeks now with hardly any complaints. I will start the daily bone broth again and continue with the vitamin D and Magnesium oil too. Fingers crossed. 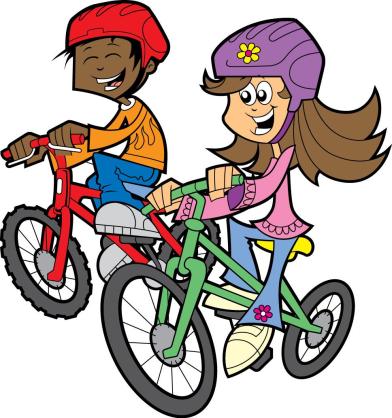 We are back from the lung hospital. We have the results from the immunologists. And guess what, there is nothing wrong with with our kid! (Apart from recurring pneumonias with low oxygen levels).

PCD, CF, back normal, no growths or foreign objects in the lung. No asthma although she may be heading that way. A couple of new allergies diagnosed. All immune levels are ok, some a bit low, but within the accepted range, some signs of autoimmune activity that needs to be followed up but thats it.

The doctors agree that its not normal to get so many severe pneumonias, and they agree the low oxygen levels that go along with it are also not normal, all our specialists were so sure they would find something, either in the lung or with her immune system, and I know I shouldn’t be disappointed, because obviously its great news that she’s ok and its not one of the big things, but I cant help but think that this isn’t over at all….

Oh, and there is a plan. Her pulmonologist and immunologist agree that she needs “time off”. A year off school I asked, and the reply was; “probably more like 2”.

I should be happy about this as well as my gut instinct has been telling me for a good year or two now to take her out of school so she can rest, but again, I feel cheated somehow, I wanted a better answer, an answer where we could actually DO something.

I know, it makes sense to have her rest and not be near other kids for a couple of years, if one pneumonia takes 6-12 months to get over she really does have her work cut out for her. But a diagnosis of ‘lots of bad luck and vicious circle and immune system that needs to mature etc’ just doesn’t sound very much like a real diagnosis to me.

Im so so tired.

On the bright side we have had doctors confirm she shouldn’t be in school and the paper work to support it. On the not so bright side I need to come up with a home schooling plan in a country where you are only allowed to home school in extreme cases and if so then it must be in Polish.

Anyway. Bla bla. Still sort of processing all this, and Im feeling positive, ish, but also not so much.

Deep breaths and all that.

Well, I guess I knew it already as I was writing my last blog post…. we got to the clinic and they wanted to call an ambulance to send us to hospital straight away (in my opinion a slight over reaction on their part). I refused the ambulance (why scare the children more then needed?) and drove home to grab bags and iPads and food. Dropped son at neighbours and went to hospital where we were admitted.

This latest hospital stay was actually the smoothest one yet, maybe because I am getting so used to them? Or because I know exactly what we need? I actually have a bag thats always partly packed in a wardrobe, likewise we have a small bag partly packed for son. After this latest stay the bags will be improved further, but they sure do help a lot, especially if someone else has to go to my house to get stuff.

The hospital stay in itself was eventful…. Every test they could think of and then some has been done. It seems Celiac kids haemoglobin is high, her body responding to oxygen levels that are too low and trying to adjust them….. clever on her body’s part, but not good for her. The pneumonia was also a bit of a mystery, a strange kind, very severe, not the kind of pneumonia ‘normal’ people get. Well, my daughter is anything BUT normal, haha (that haha is mildly hysterical by the way). Its almost as if she enjoys playing games with science, because her test results are always a bit strange and baffling.

We were sent to a different hospital to be tested for Cystic Fibrosis. Its a sweat test. Above 60 is positive and below is negative, but a negative should really be below 30 or it needs to be investigated further. Celiac kids result was 49.

I am calm. Hubby is stressed. And I remain calm. Sortof. Celiac kid is super exited because the trip to the other hospital was by ambulance, and the super cute ambulance guy gave her both lights and sirens the whole way after she asked to hear them! Haven’t seen a smile like that in ages!

Normal people don’t GET this many pneumonias. Is it still her RSV as a baby giving us crap or is it the celiac and the crappy immune system being silly? At this point I think we need more answers, because if my counting isnt completely off we are now at something like 11 pneumonias, a handful of bhronciolitis and countless upper respiratory illnesses.

I actually think we struck gold at this latest hospital visit, because they are as concerned as I am, and I didn’t have to be assertive (read bitchy) in the slightest to get some action.

We were admitted on monday evening and they finally let us go Saturday evening after some straight talking to from hubby. They just cant feed a celiac kid in a hospital here, and if you really want someone to get better they need proper food! Thankfully her oxygen levels weren’t super low so she was only on 1-2 litres until Friday then she managed ok without.

We have been back to the hospital daily since. She is having her last antibiotics today. Next week we go to a mountain town that has a specialist hospital to be admitted for a few days, there they will check her lungs properly and hopefully before they let us go we will know more definitive answers as to why she keeps getting this sick.

I wasn’t really going to write about this at all, but then I figured that its probably good to write about it, because no matter what the results are eventually, our story can probably help others. Much of the information about cystic fibrosis is pretty scary, but to be honest, if she does have it, then we already lived with it for 5 years anyway, so putting a name to it (whatever it may be) can only be a good thing so that we can help her. We are obviously hoping its something else, but lets see.

Trying to explain now why we are going to hospital without being particularly sick has been harder. Then the question ‘will they poke me?’, which breaks my heart, because obviously they will but I so don’t want to tell her this and make her cry! By poke, she means needles. She is still bruised black and blue on her arms from the IV going in last week, her veins kept bursting and it was only attempt 5 that was ok!

Anyway, thats whats going on with us. Hopefully you are all having a better month then us.

I have decided to stay as positive as I can, feed the kids the best and most nourishing food I can think of and just breathe deeply as much as I can. Me losing the plot is hardly going to help. 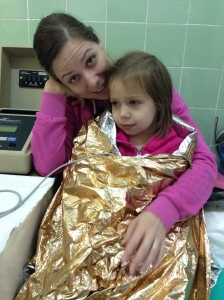 The answers may be in here! 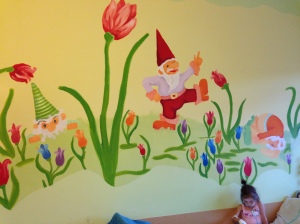 Gnomes are everywhere in Wroclaw

Teddies make it all better

The gluten free rice cakes arriving… on top of the gluten bread!

Happy face when we get to ride the ambulance

Im sitting here, its late, and Im feeling happy and emotional at the same time.

Today was a really perfect day, I played frisbee with the kids in the garden, I did laundry while the kids played, we went to the pet shop for dog food, came back and took the dogs for a long walk. Celiac kid and big brother were running. It was nice. We came back, had dinner.

Normal day, nothing special right..? Only for me, the fact that we get to have these normal days is so very special. I think, for the first time in a very very long time I am more relaxed. I am trusting those lungs of hers to do ok, and I am breathing easier knowing that she is.

So my normal day… I am so grateful, so grateful for every single day like that we have.

There is a light , I can see the light, and maybe, just maybe, this crazy move we made will pay off, maybe we found our answer, please let it be so.

Its weird how the minute you decide to do something unconventional, like living apart from your husband, every Tom, Dick and Harry comes out of the woodwork and starts talking about how marriages will fail if you live apart, cheating spouses and failures, people who never once had an opinion about your marriage previously are all announcing pending doom. Whatever I say. Whatever. Really. None of them have a clue.

Living here, living apart is actually saving us, saving us all, because finally, we get to have these normal days. I get to play frisbee with my kids, and hang laundry and cook while they play and not worry that maybe now the wheezing has started and maybe now the cough will come and the issues that follow.

This is where we are not your average celiac family, because most do not have these issues that we have, if you are newly diagnosed I need you to know that if you read this, this is not the ‘norm’.

All we can hope now is that good gets better and better gets strong, and maybe celiac kiddo can outgrow some of these lung issues. Its really not fair that such a small little thing has to battle so many pneumonias. But if it happens, its ok, we live now, we take each day as it comes, try to stay relaxed, don’t make to many plans because cancelled plans are awful.

Today was a day that most people take for granted, and yet for us, it was one of the first completely normal awesome Sundays.

My son, my awesome trooper, my diamond, gave me a hug this afternoon and said ‘ thank you mummy for the bestest day’. 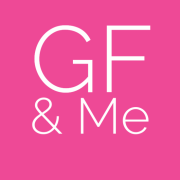